The most recent Missouri poll from Gravis Marketing surveyed likely voters in the state to link Congressman Akin's recent statements about rape to the presidential race.

Akin's statements concerned pregnancy and rape; the Congressman articulated that in "real" cases of rape, the female body would protect itself from getting pregnant. The disagreement with this statement crosses party lines: 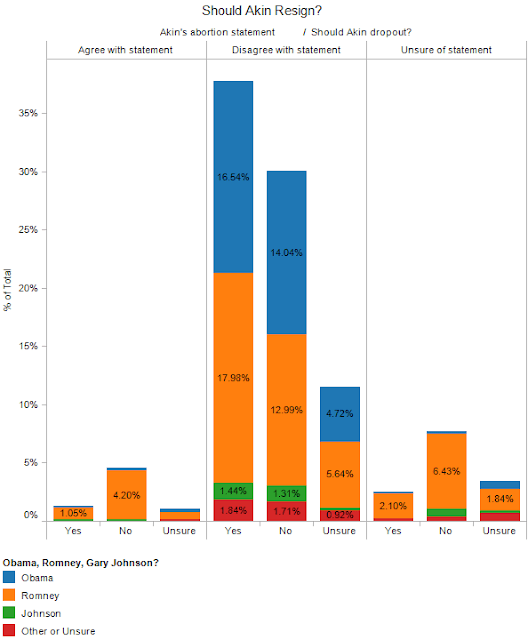 Despite the potential connections to voting party, the consensus seems the same: disagreement with Akin's statement. After a week of more promising poll results for Mitt Romney,(generally giving him a slight lead over Obama in the impending election), the developments surrounding Akin's comments  could have a potential backlash effect on the Republican ticket. The GOP has already called for Akin's resignation from the Missouri Senate Race.

Full results from the latest Gravis Marketing poll can be found here.