Missouri Poll In The Field

- August 22, 2012
We will have the results posted tomorrow. Some interesting answers regarding the Akin issue.
Read more

Jewish Support for Obama: Down from 2008 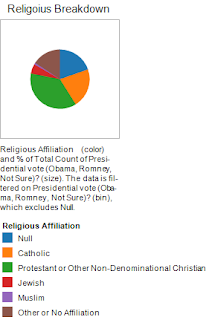 Presidential Race: Religious Breakdown  A number of things have changed from 2008 to 2012, but one of the largest issues is the decline for Obama among Jewish voters, where his support has dropped from 78% in 2008 to about 51% in the most recent Gravis Marketing poll.   Florida Senate Race Updates  The above image illustrates the tight race between Connie Mack and Bill Nelson in Florida for the Senate. Those voters in the "unsure" category have the potential to impact the final results most heavily.
Read more
More posts